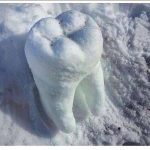 we will have a delayed opening on Monday, March 4, 2019 due to inclement weather. We plan on opening at 11:00 am. We will update if this changes.

When it comes to taking care of your smile, there are plenty of misconceptions out there. But while good oral health can be achieved in just minutes a day, the wrong practices can cause irreversible damage. Here’s what you need to know.

Myth: The harder you brush, the cleaner you’ll get your teeth.

The real deal: Brushing too hard or with too abrasive of a toothbrush (medium or firm) can actually harm your teeth by eroding some of the hard enamel that protects the inside of the tooth from cavities and decay. We see it so much where people feel like they’re getting them more clean, but actually it wears away enamel and even the gums. We always recommend a soft-bristled brush.

The real deal: The recommendation to floss regularly was recently removed from the government’s Dietary Guidelines for Americans based on a lack of strong evidence for the practice. However, a lack of strong evidence doesn’t necessarily mean that flossing is not effective. It makes sense that there is buildup you can only remove by flossing, and we see the difference every day. It’s important to still follow your dentist’s recommendation on brushing and flossing.

Myth: Chewing sugar-free gum is just as good as brushing.

The real deal: If only this were true, kids everywhere would jump for joy. Chewing sugar-free gum, especially gum with xylitol, can have a protective effect on the teeth. Gum encourages saliva production, which helps to wash away enamel-eroding acids from foods, drinks, and even stomach acid in the case of issues like acid reflux. And xylitol helps to redouble the effects of saliva.

But chewing gum still doesn’t replace brushing and flossing when it comes to removing plaque from all the surfaces of your teeth. You should brush at least twice a day for about two minutes.

Myth: If your gums bleed when you floss, it’s best to leave them alone.

The real deal: The reason our gums bleed is due to inflammation. Often it happens when bacteria and plaque get stuck in between our teeth where toothbrush bristles don’t reach properly. Over time the bacteria builds up and causes the gums to become inflamed. Bleeding is part of that process.

If you floss once a month (or just before going to the dentist), it’s likely you’ll notice your gums bleeding. That’s a sign telling you something is going on there. Make flossing a daily habit and the inflammation — and the bleeding — will go away with time.

Myth: You’ve been slacking on brushing and flossing and have a dentist appointment coming up. As long as you brush well before going in, no one will know, right?

The real deal: Sorry to break it to you, but you’re not getting away with anything. We can tell! Without regular brushing and flossing, hard tartar forms around your teeth and at a certain point you can’t get it off with brushing alone. Plus, you can’t undo the inflammation in your gums that occurs when plaque and tartar have accumulated over six months with just a few days of flossing. Bleeding gums and the amount and location of tartar are the giveaways.

Myth: When it comes to cavities, sugar is the main culprit.

The real deal: When you think of cavities, you might think of lollipops and other sweet and sticky treats. But crackers and chips might be even worse for your teeth. It has to do with the starchiness. It’s carbohydrates in general — they have the sugars that break down the teeth, but they also really stick to your teeth.

Myth: If you have sensitive teeth, it means you have worn away too much of the enamel on your teeth.

The real deal: Sensitivity is a key symptom of the loss of enamel, the hard protective layer on the outside of your teeth. But it can be caused by other factors as well, such as gum recession, or even the use of whitening toothpastes. The hydrogen peroxide [used for whitening] can penetrate to remove stains, and it penetrates through the enamel into the layer beneath, which is the more sensitive part of the tooth. The good news: If your sensitivity is caused by teeth whitening, switching to a more gentle toothpaste can help improve symptoms.

Myth: Gum disease is only a problem for your mouth.

The real deal: Your dentist might be the first one to notice it, but if you have gum disease you’re more likely to have health issues such as diabetes and hypertension, as well as certain types of cancers that are related to chronic inflammation.

Myth: The whiter your teeth are, the healthier they are.

The real deal: This can be true but not always. Our teeth are naturally white. And many of the things that cause our teeth to get darker or become yellow are unhealthy, like smoking.

But there are also plenty of things that can darken the color of our teeth that aren’t necessarily unhealthy, such as medication, stains from foods and drinks, or just the natural process of aging.

Myth: If nothing is bothering you, you don’t need a dental checkup.

The real deal: This is one of the biggest misconceptions. With a lot of dental issues, you don’t necessarily feel pain right away. We have to explain to patients and educate them that with cavities and gum disease you don’t always feel it. The problem is once the symptoms appear, it’s often a bigger issue. If you wait until a cavity hurts to get it checked out, you could end up needing a root canal or an extraction that could have been prevented with regular checkups.

The point of going to the dentist is so we can prevent things happening to the teeth to protect them and notice things before they become an issue.

Office is closed for Thanksgiving Day as well as Friday, Nov. 23! 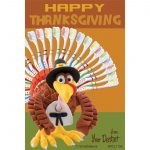 We wish all of you a Happy Thanksgiving !  We will be closed on Thursday and Friday and will reopen Monday,  Nov. 26 at 9 a.m.

The office is closed today due to weather. We will reopen on Monday morning at 9a.m.  Have a wonderful weekend!

We hope you had a wonderful summer! As we approach the end of the year, we are writing to share a tip that can help you take full advantage of any remaining dental insurance/FSA benefits you may have because at Vernon Dental Associates we pride ourselves on delivering expert dental care which includes keeping patients informed of their upcoming dental needs. The way your dental insurance benefits work is that you are provided a certain dollar amount of benefits each year. If you do not use those benefits you lose them! (Unused benefits do not carry over to the next year). Although our diagnosis and treatment is never dictated by the insurance coverage, our experience has shown that careful planning can often maximize your benefits. We suggest that if you need any treatment to begin scheduling by the end of September, especially if it includes getting a root canal, crown, implant or denture because these treatments include laboratory turnaround times, and the last thing we want is to run out of time and lose those benefits.

Our goal for each of our patients is to help you enjoy the benefits of great oral health, to look good, to feel good, have strong healthy teeth and gums, and maintain a healthy and attractive smile for a lifetime. If you would like to make an appointment, just give us a call and we will find a time that is convenient for you. Just remember that when the clock strikes 12 midnight on December 31st, you will lose any unused dental benefits. We are happy to help you get the full benefits that you are entitled to under your dental benefits policy.